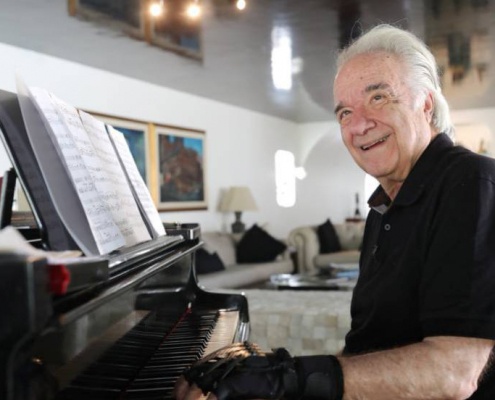 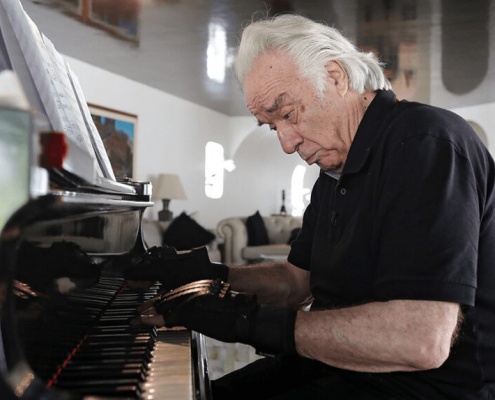 The gloves are the work of an industrial designer, Ubiratã Bizarro Costa, and have a kind of ribs that make the fingers jump up just after the keys are pressed. Something completely miraculous for João Carlos Martin who says “When he showed me the gloves, I joked that they were for boxing, not for playing the piano.” Although after trying them and seeing his extraordinary sensitive capacity he said; “Being able to use all ten fingers again more than 20 years later is a miracle for me at the age of 80.”

Martins’ health problems date back several decades. His is a story of overcoming. In 1965 he damaged the nerves in his right arm in a soccer game in New York and in Bulgaria, he was the victim of a robber who hit him on the head with a metal tube. After several operations, endless treatments and years of patience, bionic gloves have been the only solution to his problems.

About the first time he was able to play after this particular odyssey, Martins stated:
“I didn’t say a single word, just a tear fell. After losing my tools, my hands, and not being able to play the piano, I felt as if a corpse inhabited my chest”,
Before the fateful accident that cost him his career, Martins performed in major venues in the United States and Europe recording Bach’s complete keyboard work. However, his perseverance allowed him to develop a brilliant career as a conductor in his country.